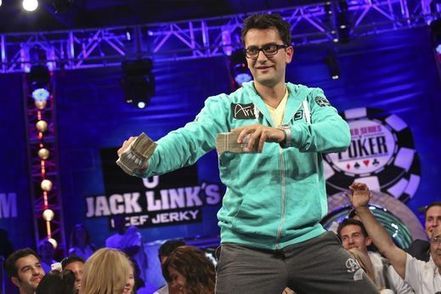 Poker pro Antonio Esfandiari won the $1 million buy-in event this summer at the World Series of Poker and since then has been using it as a way to increase his marketability off the felt. On Tuesday morning, he will appear on the Howard Stern Show to talk poker. “I’m going to have a lot of fun with it,” Esfandiari said of his scheduled appearance. He added that he’s looking to cast poker in a positive light, helping the game “get out of the shadows” after it suffered a dramatic blow with Black Friday last year. Esfandiari snagged a record prize of $18.3 million by outlasting the 48-player field in July, but he’s never disclosed exactly what percentage of himself he had. Many players in the event, which also featured capitalists from the business world, sold action in order to play. Brian Rast, who finished sixth in the tournament, is a long-time friend of Esfandiari and said after the event: “The [prize] money, while significant to him, might not even mean as much as the publicity from winning the title.” …