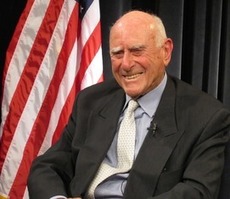 Lawrence DiCristina was arrested last year, charged and convicted of running an illegal gambling business and faced up to 10 years in prison for spreading a poker game in a warehouse while taking a 5 percent rake. New York courts have long considered that poker contains a sufficient element of chance to constitute gambling under that state’s laws, however, DiCristina was convicted of violating the Illegal Gambling Business Act (IGBA) of 1955, a federal law. The jury’s verdict, however, didn’t sit well with Federal Judge Jack B. Weinstein, who overturned the conviction and ruled that poker is more of a game of skill than a game of chance. Weinstein pointed out that the goal of the IGBA was “to give the Federal Government a new substantive weapon which will strike at organized crime’s principal source of revenue: illegal gambling. The statute’s scope did not encompass all state gambling crimes, but only betting, lottery or numbers activity.” This historic decision marks the first time that a federal court has ever ruled on whether or not poker constitutes a game of skill. …