How ‘Advantage Players’ Game the Casinos 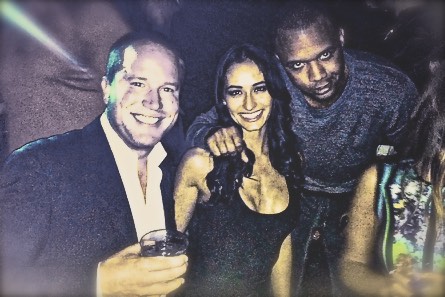 Busting Vegas : As the casino’s racks of $5,000 and $25,000 chips were being depleted and refilled, phones rang in the gaming pit. Edgy casino personnel crowded the table. Sun* recalls six men in suits watching her intensely. When a partner failed to bet quickly enough, she grabbed his chips and made the wager herself. Sun wanted to get through the eight-deck stack of 416 cards before ARIA Resort & Casino personnel could recognize what was going on. She feared that their play would be discovered and “that they wouldn’t let me cash my chips.” Sun ended the game prematurely — but ahead by $1,100,000 ($1.1 mil).

– At the cashier’s cage, she pressed the casino employees, whose hands she says were trembling, to hurry and convert the chips to dollars. Few gamblers take such substantial sums in cash, usually preferring a check instead.

Over the coming week, Sun and her highly organized group used the same strategy to beat more Las Vegas casinos, including Treasure Island Hotel & Casino and Caesars Palace. They made a trip to Foxwoods Resort Casino in Mashantucket, Conn. Eventually Sun recruited the celebrity poker pro Phil Ivey who is also known as a high-stakes gambler at Craps and Baccarat. During the next year, he wired seven-figure sums to various casinos and did the betting. Sun did the Edge sorting of the cards and tipped Phil off whether to wager on banker or player. Their combined winnings in Atlantic City, New Jersey, London, United Kingdom, and other places were in the eight figures.

Over the course of four sessions of gambling at private tables at Borgata Hotel Casino & Spa in Atlantic City alone, the pair won $9,600,000 ($9.6 mil).

*Cheung Yin Sun. is known for having won more than $20,000,000 ($20 mil) from casinos in less than five years. Elite Western gamblers and rattled casino bosses know her as Kelly, a fast-talking, sunglasses-wearing Advantage player in her 40s. Her father, now deceased, was a wealthy factory owner based in Hong Kong. She says she lost $20,000,000 ($20 mil) of his money playing baccarat and slots. She claims to be unbothered by having blown a fortune in gambling dens around the world.

– In fact, she all but brags about her losses.

How ‘Advantage Players’ Game the Casinos – The New York Times