What is Probability and Why Do People Struggle to Understand It?

Posted on September 24, 2015 by akiramorikawa 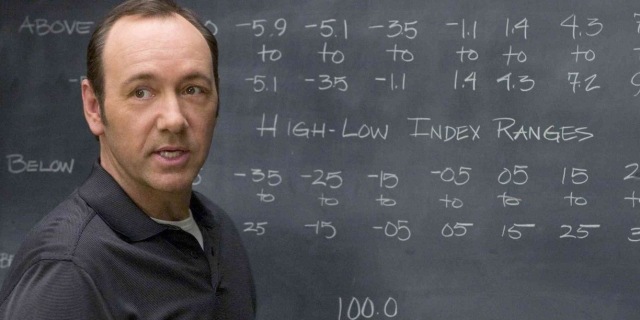 It’s why we think a sheer coincidence — like a band we like rolling into town on a week we happen to be there visiting, or hitting the jackpot at casino slot machines — are signs that the universe is smiling upon us. It’s why we might believe that running into a sour ex in a city of over a million, or being the victim of flyby bird pooping somehow signifies bad luck. There are a lot of birds and a million isn’t that big a number, it wasn’t bound to happen, buts odds were that it would.

‘Folk numeracy is our natural tendency to misperceive and miscalculate probabilities, to think anecdotally instead of statistically, and to focus on and remember short-term trends and small-number runs. We notice a short stretch of cool days and ignore the long-term global-warming trend. We note with consternation the recent downturn in the housing and stock markets, forgetting the half-century upward-pointing trend line. Sawtooth data trend lines, in fact, are exemplary of folk numeracy: our senses are geared to focus on each tooth’s up or down angle, whereas the overall direction of the blade is nearly invisible to us.’ • Michael Shermer

And that partly explains why we can’t grasp odds very well. When you consider the chances of, say, coming down with a specific illness as 1 million to 1, it seems impossible. Until you maybe realize that, in a city with a million people, that could be you. On the flip-side, those odds also mean it would be irrational to completely change your lifestyle or habits just to avoid contracting that illness, since those odds say it’s very unlikely.

Humans also play hard into the gambler’s fallacy — where if something happens once, we think the odds of it happening again increase dramatically. And there’s no reason to think so. Outcomes aren’t always meaningful predictors.

When you ask most people to predict the outcome of a series of 10 coin flips, they usually pick a seemingly random set of choices. That’s because they they know there’s a 50-50 chance of each flip occurring. But for some reason, they’re trying to “spread out” the outcomes over the 10 flips, so they usually hedge bets on five heads and five tails.

Ask mathematicians to do the same, they’ll almost always pick all heads or all tails. Why? Because there’s a 50-50 chance of each side occurring. So why even try to guess?