Posted on September 19, 2015 by akiramorikawa 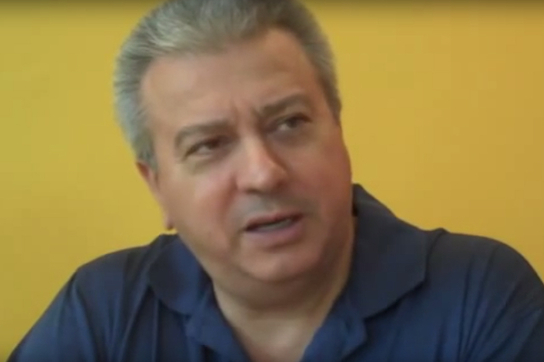 With $10,000, Archie Karas looked for pool action. He found a wealthy and respected poker and pool player, ‘Mr. X;’ they started playing pool at $10,000 a game. After Karas won several hundred thousand dollars, they raised the stakes to $40,000 a game. Many gamblers and professional poker players watched Archie play as Archie Karas ended up winning $1,200,000. Archie went to Binion’s Horseshoe and played Mr. X in poker where Karas won an additional $3,000,000 from him. Karas was willing to gamble everything he made and continued to raise the stakes.

With $4,000,000 ($4 mil), Karas ended up with $7,000,000 ($7 mil) after spending 3 months in Vegas. Many poker players had heard of Mr. X’s loss to Archie, and only the best players dared to challenge him. Karas sat at the Binion’s Horseshoe’s poker table with 5 of his 7 million dollars in front of him waiting for any players willing to play him.

The first challenger was Stu Ungar, a three-time World Series of Poker champion widely regarded as the greatest Texas Hold’em and gin rummy player of all time. Stu was backed by Lyle Berman, another professional poker player and business executive who co-founded Grand Casinos. Karas first beat Stu for $500,000 playing heads-up Razz. Ungar then attempted to play him in 7-card stud, which cost him another $700,000. The next player was Chip Reese, widely regarded as the greatest cash game player. Reese claims that Karas beat him for more money than anyone else he ever played. After 25 games, Reese was down $2,022,000 playing $8,000/$16,000 limit.

Archie Karas continued to beat many top players, from Doyle Brunson to Puggy Pearson to Johnny Moss. Many top players would not play him simply because his stakes were too high. The only player to beat Karas during his run was Johnny Chan, who beat him for $900,000 after losing to Karas the first two games. By the end of his six-month-long winning streak, Karas had amassed more than $17,000,000 ($17 mil).

The poker action for Karas had mostly dried up; as no one was willing to play him at his high-stakes. He turned to dice, rolling for $100,000 per roll, and was allowed to make pass line and come bets of up to $300,000 with no odds. Archie Karas was allowed to bet a maximum of $200,000 on the 4 and 10 for 1 to 4.6 odds. With two rolls, Karas won $920,000, then Jack Binion lowered the limit back to $100,000. Archie said that he could quickly win $3 million on dice, while it would take days to weeks with poker. He said that ‘With each play I was making million-dollar decisions, I would have played even higher if they’d let me.’

Transporting money became a hassle for Karas as he was moving several millions of dollars in his car every day. He carried a gun with him at all times and would often have his brother and casino security guards escort him. At one point, Karas had won all of the Binion’s casino’s $5000 chips, which were the highest denomination of chips at the time. By the end of his winning-streak he had won over $40 million.

With his last million, he went to the Bicycle Club and played Johnny Chan in a $1,000,000 freeze out event. This time, Chan was also backed by Lyle Berman and both took turns playing Karas. He preferred playing the both of them instead of just Chan, as he felt Chan was a tougher opponent. Karas won and doubled his money, only to lose it all at dice and baccarat, betting at the highest limits in a few days.

In 2013, Karas, 64, was arrested and subsequently placed on probation for 3 years for cheating at cards at the Barona Casino in San Diego. California authorities placed Karas on the state’s excluded persons list last year (2014).
Prior to the 2013 San Diego arrest, Nevada gaming agents had arrested Karas 4 times since 1988 for allegedly cheating at blackjack in Reno, Las Vegas and Laughlin casinos.

Gaming agents first arrested Karas in Nevada 1988 at the Flamingo Reno for marking cards. His next arrest came in 1992 at the River Palms in Laughlin for another form of card cheating. He was arrested four years later at the California Club in downtown Las Vegas and in 2007 at the Aquarius in Laughlin, both times (again) for cheating at cards.