Hillary Clinton Calls For ‘Toppling’ The 1% 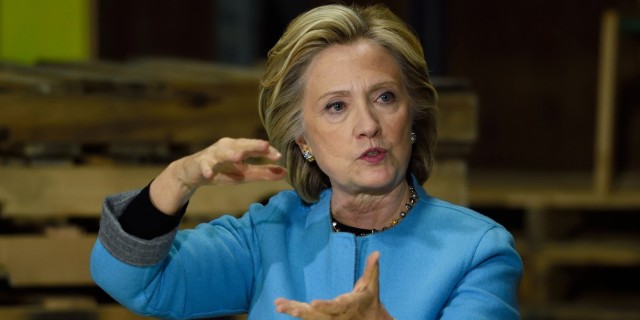 Restructuring the US economy requires toppling the wealthiest 1%; in attorney Hillary Clinton‘s view; as over-accumulation of capital by the wealthiest is breaking the backs of the middle-class, poorest, and those most in need of support.
The US economy was crippled in 2008 because the deck was stacked in favor of those at the top of the pyramid; and Hillary plans to reshuffle the deck to level the playing-field so that this particular-disaster doesn’t reoccur, and people have a chance to move. It’s (restructuring the system) a belief at the core of her entire-career fighting and at the core of this presidential-campaign, say aides close to Hillary.

While Hillary’s populist-agenda seems akin to that of Senator U.S. Senator Elizabeth Warren (D-Mass.) and U.S. Senator Bernie Sanders (D-Vt.); rather than targeting wall street, corporations and proposing regulatory legislation, Hillary will tax and extract fees from the highest tax-brackets and re-invest monies in education, domestic-infrastructure and community-ventures.

Unlike some politicians who thrive on a politics of hate, blame, and mud-slinging, Hillary asks how she can really help people and better the quality of life, not who she can attack, smear, and disparage to gain political percentage points.