Was Obama right about the Crusades and Islamic extremism? (ANALYSIS)

Posted on February 7, 2015 by akiramorikawa 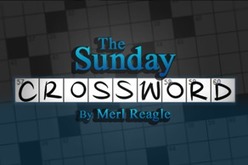 The conservative Twitterverse is all riled up because at Thursday’s (Feb. 5) National Prayer Breakfast (an event founded and run by the secretive Christian organization known as The Fellowship), President Obama said that Christians, as well as Muslims, have at times committed atrocities. His words:

Not only is Barack Obama factually correct that Christian extremism across history has been at least as bloody as Muslim extremism today, it is also factually true that such extremisms have been equally popular. True, as Rush Limbaugh points out, the Crusades were “a thousand years ago,” the Inquisition ended 200 years ago, and Jim Crow laws ended in the 1960s. But the president specifically noted that ‘humanity has been grappling with these questions throughout human history.’

Which is the real point. There are two narratives about radical Islamists, and indeed about enemies of any sort, that coexist in American culture. According to one, they are different from us — Muslims, Palestinians, Israelis, Communists, you name it. Thus, in the battle against Islamic extremism, Islam is, in part at least, the enemy.

The other narrative is that all peoples, all creeds, all nations contain elements of moderation and extremism. Thankfully, racist Christian extremists are today a tiny minority within American Christianity. But only 100 years ago, they were as popular among American Christians as the Islamic State is among Muslims today. Thus, in the battle against Islamic extremism, it is extremism that is the enemy.

Hysterical commentary notwithstanding, no one is suggesting that Christians are just like the Islamic State. But Obama did suggest that Christianity is like Islam; both faiths have the capacity to be exploited by extremists.

Christians should not be insulted by the facts of our story. Rather, all of us should be inspired by them to recognize the dangers of extremism — wherever they lie.