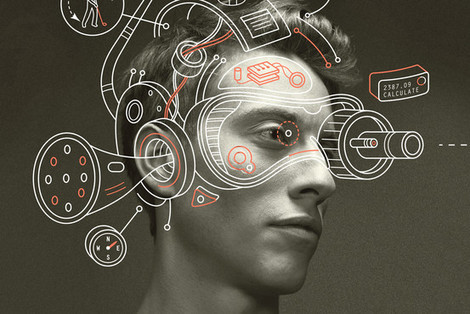 How soon can we expect to see brain implants for perfect memory, enhanced vision, hypernormal focus or an expert golf swing? We’re closer than you might think.

What would you give for a retinal chip that let you see in the dark or for a next-generation cochlear implant that let you hear any conversation in a noisy restaurant, no matter how loud? Or for a memory chip, wired directly into your brain’s hippocampus, that gave you perfect recall of everything you read? Or for an implanted interface with the Internet that automatically translated a clearly articulated silent thought (“the French sun king”) into an online search that digested the relevant Wikipedia page and projected a summary directly into your brain?

Science fiction? Perhaps not for very much longer. Brain implants today are where laser eye surgery was several decades ago. They are not risk-free and make sense only for a narrowly defined set of patients—but they are a sign of things to come.

Unlike pacemakers, dental crowns or implantable insulin pumps, neuroprosthetics—devices that restore or supplement the mind’s capacities with electronics inserted directly into the nervous system—change how we perceive the world and move through it. For better or worse, these devices become part of who we are.

Neuroprosthetics aren’t new. They have been around commercially for three decades, in the form of the cochlear implants used in the ears (the outer reaches of the nervous system) of more than 300,000 hearing-impaired people around the world. Last year, the Food and Drug Administration approved the first retinal implant, made by the company Second Sight.

Both technologies exploit the same principle: An external device, either a microphone or a video camera, captures sounds or images and processes them, using the results to drive a set of electrodes that stimulate either the auditory or the optic nerve, approximating the naturally occurring output from the ear or the eye.